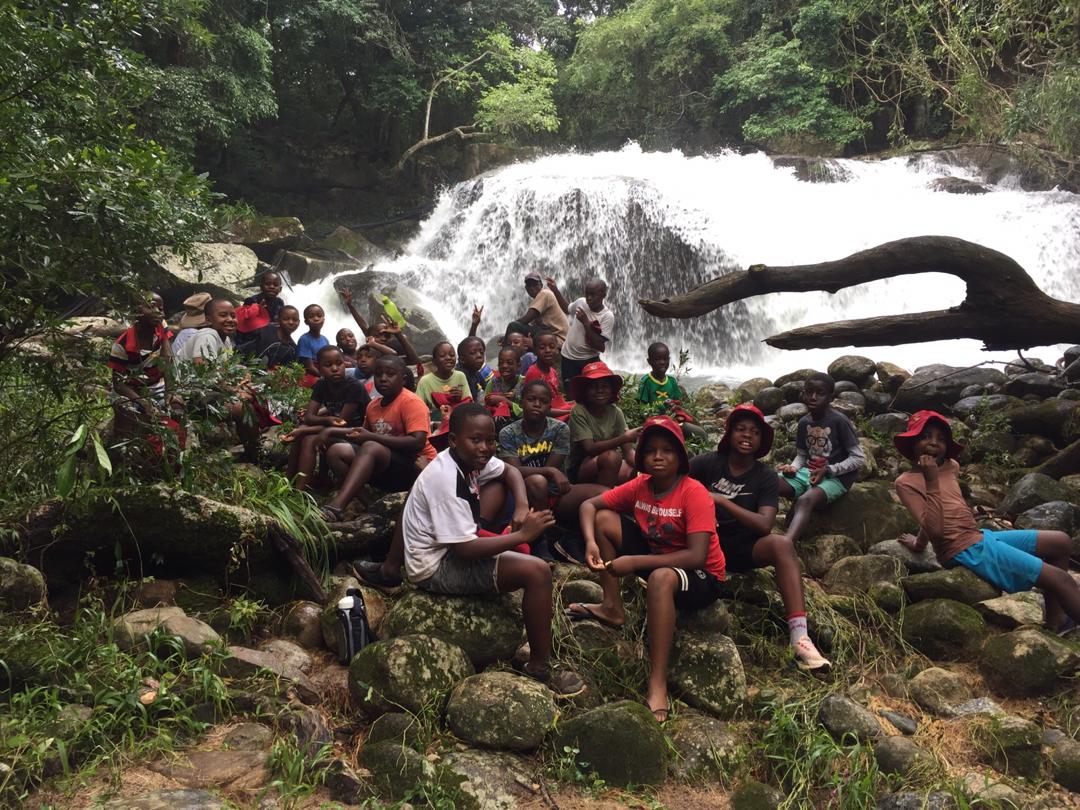 On Sunday the 16th of February, the boys of grade 5 Bernard set out on a trip to Aberfoyle, in the Eastern Highlands of Zimbabwe. After numerous twists and turns in the mountains, we finally reached our picturesque destination. The boys’ enthusiasm however, appeared short lived when we were greeted with heavy rains upon arrival. This threatened to lead to the cancellation of most of the activities planned. The following days however, provided clear blue skies and very fine weather perfect for the camp.
Every morning, the boys would wake up to stretches and a dip in the river they claimed was ice cold. We would then go on a walk around the golf course, absorbing the breath taking scenes. After quickly cleaning the rooms and preparing for the day, the boys would then go eat their breakfast. (The scrumptious meals provided at Aberfoyle proved to be the favourite time of the day for the boys as dead silence normally accompanied the dining room at meal time!) After eating and brushing their teeth, they would then jump straight into the day’s activities.
The activities were very educational and relevant to the Science the boys study in class, except this time they were delivered in an outdoor and practical environment. This was different to what the boys were used to and proved to be beneficial. Lessons on soil, flowers and fauna, insects, compost and birds actually saw the boys make some soil (using rocks), spot flowers in the bush, see a 15 Week-Cycle compost being made and actually go bird spotting in the Honde Valley that has since been nicknamed the bird haven. In the afternoons, the boys would enjoy some downtime by going on hikes to popular rivers and pools as well as playing soccer and going for lots of swimming. A particular favourite was Canal Bugging that the boys enjoyed on the second from last day before we left.
In the evenings after supper, the boys would watch educational videos on nature- the likes of David Attenborough classics. Lots was learnt about many creatures of the jungle including frogs, snakes, birds and even rodents. Before going to bed, the boys would do a quick reflection at the end of each day on the different experiences and lesson learnt.
It was a truly fruitful trip that was well co-ordinated by an enthusiastic Aberfoyle staff. Many thanks to Julie Cragg and her staff for running such a fantastic camp. Many thanks to Hartmann House for organizing the trip, as well as Mrs. Gune for accompanying the boys. The trip was surely worthwhile as the boys have grasped key sciences concepts that will help them in their studies.-Simbarashe Mandoza