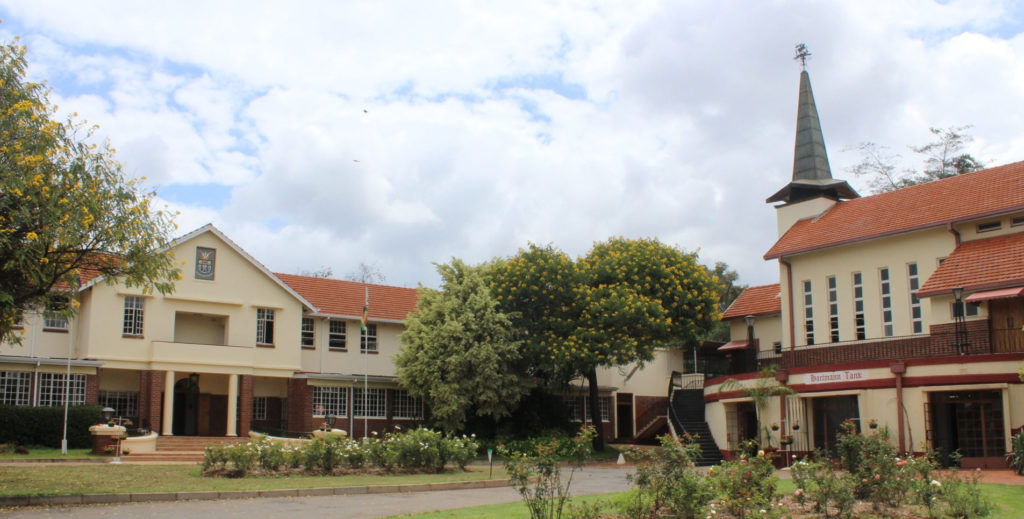 Founded in 1896 in Bulawayo, St George’s moved to Harare (Salisbury) in 1927, because the current site allowed much greater room for expansion. This move was visionary since growth was inevitable in a young and developing region.
30 years after St Georges College relocated to Salisbury, it was decided to build a separate Prep School on the newly acquired land along the Borrowdale road. It was realised that junior boys had the need for quite different teaching styles from those required for the senior boys. A fine building was opened as Hartmann House in 1957. The school was named after Fr Hartmann SJ- Chaplain to the Pioneer Column who lived at the College. It had three Jesuit priests on the staff; Fr Farwell as housemaster, Fr Nixon and Fr Walsh. There were some lay teachers to complete the staff complement. There were 6 classes of 25 boys each in Standards 4 and 5 with 100 of these in boarding on the upper floors.
The 100 borders mostly came from Zambia and the various farming areas around the country. At Independence, the pressure for day places grew while the demand for boarding declined. The boarding hostel was gradually phased out in favour of classroom space between 1980 and 1993 when the hostel was completely closed. Thereafter Hartmann House developed extensively with several buildings having been erected which included the Golden Jubilee Hall whose opening coincided with the celebration of 50 years of Hartmann House’s existence. At the end of 2016, there were approximately 400 boys in Grades 4 to 7 fed mostly by St Michaels Prep school.
The decision to grow downwards saw Hartmann House take its first cohort of Early Childhood Development learners in 2017. The St. Paul Miki Center’s opening also meant the cutting of formal ties with St. Michael’s. Today Hartmann House has learners in two classes per age group from ECD B to Grade 7 at the end of which a smooth transition to St. George’s College is facilitated as part of the “red blazer route.” This route ensures continuity for the learners in both Jesuit Ethos and Ignatian Pedagogy!